We have exciting news! 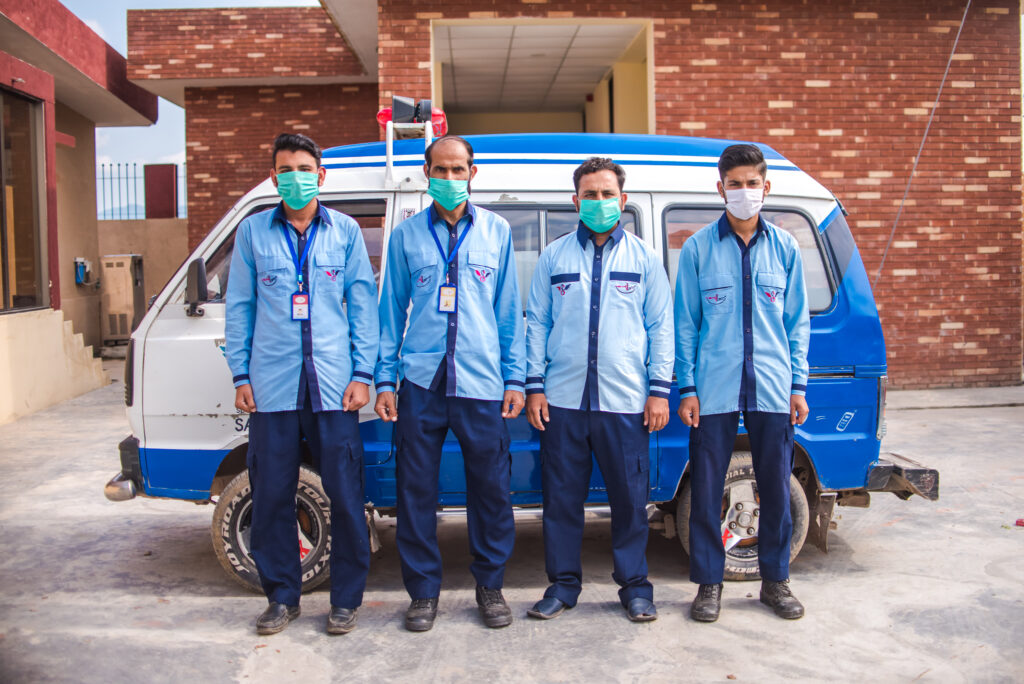 Our flagship project here at Saving 9 the Maseeha ambulance, launched in 2018 in the Pind Bhagwal area. The ambulance system and EMPs trained by Saving 9 have played a critical role in making emergency healthcare and first aid far more accessible in the area. Since the launch of the Maseeha Ambulance, it has dealt with over 650 emergencies, saving lives in a locality with no pre-existing ambulance service.

We are pleased to announce that work is underway for the expansion of the Maseeha Ambulance, with hopes that it will be operational soon. The expansion will be focused on the Union Council 8, known as Tumair, and aims to provide a critically required ambulance system in another location where it is severely lacking. Saving 9 has already begun the initial steps of setting up its operation in the area, sped up by working in cooperation with the ex-MNA of the UC, Raja Khurram.

The process for hiring and training new EMPs for the UC 8 expansion is already underway; candidates who could read and write while also possessing a driving license were encouraged to apply. These candidates will receive training in the MFR course, making them registered medical first responders upon completion. EMP candidates received in-depth training focusing on real-world emergencies they were likely to face daily in their duties. EMPs must pass regular real-world emergency simulations to ensure their training meets our standards. Additionally, these simulations require a minimum of an 80% grade to be considered a pass to maintain a high standard among the EMPs. Training and further shortlisting of candidates will end by mid-September, after which the ambulance will be capable of functioning. Following this, shortlisting and training for female EMPs in the area will begin with the goal of expanding the female ambulance network into Union Council 8.